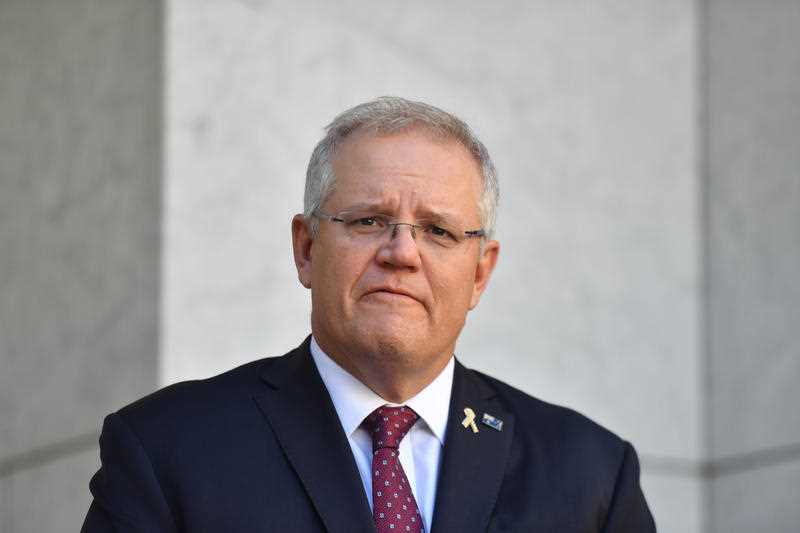 Prime Minister Scott Morrison has nominated getting students back in classrooms as a top priority ahead of a meeting of federal and state leaders.

National cabinet will meet on Friday to consider the way forward in the coronavirus crisis, with schools a headline issue.

"My priorities are to get kids back to school, to get people back to work. That's what my priority is," Mr Morrison said.

Senior cabinet minister Peter Dutton said the medical advice was clear that it's safe for to return to classrooms.

"In my home state of Queensland, the teachers' union has their hands firmly around the throat of the government," Mr Dutton told Nine's Today on Friday.

"There needs to be one message that makes it clear to parents as to what's safe and what's not, and what's expected of them and what's not." @RichardMarlesMP on the differing approaches to sending kids back to school amongst states. #9Today pic.twitter.com/b5JeCp9rlK

He said schools would be safe if teachers aged 60 and above and sick children were excluded.

"Let's have an environment where kids can learn again because otherwise they're going to miss out on a year of their life and it's unnecessary for that to happen."

"For parents around Australia who are hearing different messages from prime minister to premier to school principal, it's an extremely confusing time," he told Nine.

National cabinet will also examine the latest Australian coronavirus modelling as leaders weigh up lifting some restrictions next month.

Deputy chief medical officer Nick Coatsworth has warned large gatherings including sport and weddings are still some way off.

International border restrictions will be the last measure eased, with the issue unlikely to be considered for three to four months.

Australia's coronavirus toll sits at 76, while more than 5000 of the 6661 infected people have recovered.

The Morrison government has fired a warning shot to the big four banks over concerns bridging finance is not being provided to businesses waiting for JobKeeper payments.

More than 900,000 businesses have registered their interest for the wage subsidy scheme, with 275,000 formal applications.

"The funding will be provided urgently to allow online and phone counselling, and information services to meet additional demand caused by isolation and social distancing measures," he said in a statement.