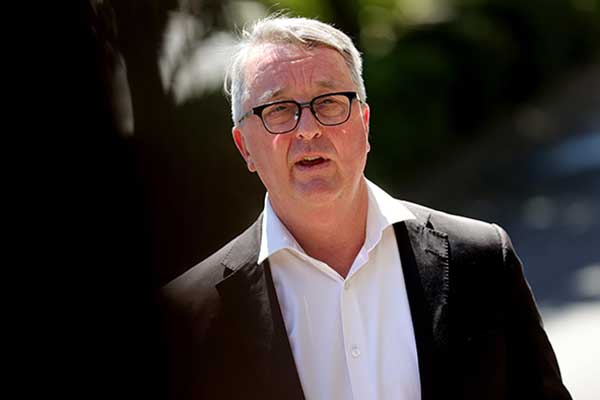 Restrictions on the number of people allowed in cafes, bars and restaurants are returning to Victoria after the state recorded 21,997 new COVID-19 cases.

The new one person per two square metre rule for indoor hospitality and entertainment venues comes after one in three people who got tested returned a positive result.

Cinemas and theatres, where people are seated and masked, will be exempt.

The latest figures include six new deaths, and a rise to 631 people in hospital. There are 51 people in intensive care and 22 on ventilators.

Anyone who returns a positive rapid antigen test is being classified as a "probable case".

He said the category, made official from midnight, would impose the same obligations and rights on people who have a positive PCR test, including access to clinical support and state and federal financial support.

"The goal is to make sure that we have less time at testing centres and that, as a result, people focus more quickly on the thing that is most important - getting through that COVID infective period and getting better with the support you need as quick as possible," he said.

It comes a day after national cabinet agreed people who record a positive result from a rapid antigen test will no longer have to get their results confirmed by a PCR.

Victoria has ordered an extra 10 million rapid tests, taking the total number headed for the state to 44 million.

The first of those are expected to be deployed in coming days, though it's unclear how they will be distributed.

By 9am on Thursday there were 35 state-run PCR testing sites closed because they were over capacity.